Pierre Koffmann is a world-renowned three-Michelin-starred chef of French culinary arts in the UK. Having a career as a chef that spans over five decades, his contribution to the culinary world is immeasurable. An inspiration, he has trained and nurtured countless chefs from all over the world that have now become influencers and successful chefs in their own rights, including Gordon Ramsay, Jason Atherton, Michel Roux, Jr., etc. To celebrate and commemorate the milestone of his 50th year in the industry, I was commissioned to create avatar illustrations of his many protégés, which later turned into a poster. 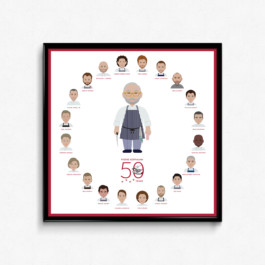 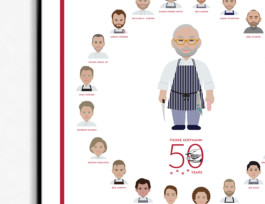